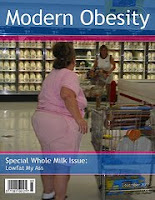 In middle-aged women, visceral fat, more commonly called belly fat, is known to be a significant risk factor for cardiovascular disease, but what causes belly fat to accumulate?

The culprit is likely not age, as is commonly believed, but the change in hormone balance that occurs during menopause , according to researchers at Rush University Medical Center.

"Of all the factors we analyzed that could possibly account for the increase in visceral fat during this period in a woman's lifetime, levels of active testosterone proved to be the one most closely linked with abdominal fat," said Imke Janssen, PhD, assistant professor of preventive medicine and the study's lead investigator.

The study, which has been published early online in the medical journal Obesity, included 359 women in menopausal transition, ages 42 to 60, about half black and half white. Fat in the abdominal cavity was measured with CT scans, a more precise measurement than waist size. Blood tests were used to assess levels of testosterone and estradiol (the main form of estrogen). Medical histories covered other health factors possibly linked with an increase in visceral fat.

Statistical analyses showed that the level of testosterone that is active in the body, was the strongest predictor of visceral fat.

A woman's age did not correlate significantly with the amount of visceral fat. Nor did race or other cardiovascular risk factors.

The level of estrogen also bore little relationship to the amount of visceral fat.
For many years, it was thought that estrogen protected premenopausal women against cardiovascular disease and that the increased cardiovascular risk after menopause was related only to the loss of estrogen's protective effect. But studies suggest that in women, it is the change in the hormonal balance – specifically, the increase in active testosterone – that is predominantly responsible for visceral fat, and for the increased risk of cardiovascular disease.
Posted by Neeters at 6:07 PM