Does Obesity Have Any Correlation With Breast Cancer? 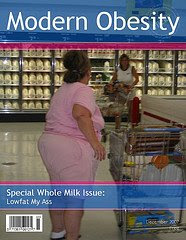 A recent study suggests that obese women may be putting themselves at greater risk of breast cancer by not undergoing regular screening. According to new research by Dr. Nisa Maruthur and her team from The John Hopkins University School of Medicine in Baltimore, USA, seriously obese women are significantly less likely to say they have undergone a recent mammography than normal weight women, especially if they are white. Maruthur's findings were published in Springer's Journal of General Internal Medicine.

Breast cancer is the second leading cause of cancer death among women in the US. Mammography screening has been proven to reduce the number of deaths from breast cancer; current guidelines recommend that women over the age of 40 undergo a mammography every couple of years. Obesity is also an important risk factor for both the development of, and death from, postmenopausal breast cancer.

Maruthur and colleagues conducted a systematic review and meta-analysis of 17 studies comprising over 276,000 participants, to look at whether overweight and obese women are less likely to have had a recent mammography than normal weight women.

A number of reasons why obese women may not be undergoing breast cancer screening were mentioned in the study including a delay in taking up medical care because of poor self-esteem and body image, embarrassment, a perceived lack of respect from their health care providers and unwanted weight loss advice. Obesity may also be a marker for sub-optimal health behavior in general, of which mammography is simply one element.

The key finding in the study was that a lack of routine mammography screening may explain some of the increased breast cancer mortality in obese postmenopausal women. Obese women should be treated gently and kindly by their physicians so they are encouraged to come back. Not only are these women embarrassed to seek routine medical check-ups, but they also tend to have more extreme menopausal symptoms like hot flashes and night sweats. The ability of an overweight individual to regulate body temperature is reduced, thus making the night sweats and hot flashes more pronounced.

Great blog. I really found it interesting! I have heard this in the past and i didn't know that there was an acutal study on it.