Sex Can Be Troublesome For Menopausal Women 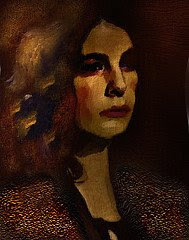 In a recent survey of 400 women, researchers found that often menopause symptoms can severely impact women’s sex lives. It seems that over half of those effected are too embarrassed to discuss the problems with their doctors. In fact one in four women make up excuses to avoid sex altogether.

We are all aware of menopausal like night sweats and hot flashes. But women find it extremely difficult to talk to anyone about lesser-known symptoms such as vaginal dryness and discomfort unless they are given the opportunity to do so in an anonymous forum . This means that many women's symptoms are untreated and in many cases this affects their relationships

Seventy-nine percent of the respondents said they had never seen a doctor or another health care professional even though their symptoms were described as “upsetting” and “painful.” On a positive note I'm happy to say that most of these sex related symptoms can easily be treated.

Menopause marks the end of a woman’s fertility and is characterized by night sweats, hot flashes, sleep disturbances, and vaginal dryness among others. Technically, it occurs a year after the last menstruation or at the age of 51 but the signs and symptoms of menopause can occur earlier which is known as perimenopause.

Menopause begins naturally when the ovaries start making less estrogen and the hormones that regulate menstruation. The process gets under way in your late thirties. By that time, fewer eggs are ripening in the ovaries each month, and ovulation is less predictable.

These changes are more pronounced in your forties, as are changes in the menstrual pattern. Periods may become longer or shorter, or lighter, and more or less frequent. Eventually, the ovaries shut down and you have no more periods. It's possible, but very unusual, to menstruate every month right up to your last period, although a gradual tapering off is more common.

While menopause is not a disease and requires no medical treatment, its symptoms can be disturbing. To ease suffering, see a doctor to prevent complications like heart disease and osteoporosis. There are many possible hormonal and non-hormonal treatments that doctors can recommend, so it is important to research to determine the best option for each individual.
Posted by Neeters at 5:50 PM