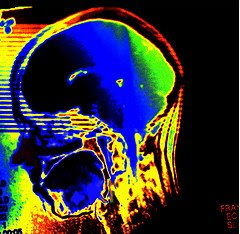 Women in Early Menopause, Often at Top of Careers, Can Get Help for Memory
By SUSAN DONALDSON JAMES
May 26, 2009

As Pam approached menopause, she thought she was losing her mind.
menopause.

A new Study of Women's Health Across the National concludes that women do experience a dip in their brain function in the transition leading up to menopause.

"Oh my god, it was horrible," said the 57-year-old from Glenwood Springs, N.Y. "I could not remember words. Even a word like 'cat' might not come to mind. I'd have to go through the alphabet to come up with the word. And words I'd spelled all my life, I'd think I spelled them wrong."

Recently, Pam, who did not want her last name used, enrolled in an introductory mortgage class hoping to learn to be a lender. A high-powered business consultant with experience in banking, she thought she'd pass the exam with flying colors.

"I was in the class for one day and I cannot tell you one thing I learned," she told ABCNew.com. "I walked out laughing because everyone else was getting it. It was like Greek to me.

"In the end, I didn't take the test. I said, 'Forget it, no way," said Pam. "It's very upsetting. Normally this would have come easily to me."

For Pam and millions of other women in their 40s and 50s, "brain fog" seems to roll in as their menstrual cycles wane. Many fear it will never lift, signally the end of their professional lives.

Research published this week in the journal Neurology confirms that women do, indeed, lose their intellectual edge in peri-menopause -- the five- or six-year period leading up to the last menstrual cycle. But the ability to learn rebounds in the later phases of menopause.

For four years, University of California Los Angeles (UCLA) researchers looked at 2,362 women between the ages of 42 and 52 who took tests to measure verbal memory, working memory and processing speed at four different points during menopause: pre-menopause, early peri-menopause, late peri-menopause and after menopause.

The Study of Women's Health Across the Nation (SWAN), which is based at seven sites throughout the United States and is funded by the National Institute on Aging, concluded that women taking hormones before their last period improved their cognitive skills, but after that, the hormones had a detrimental effect.

"It looks like the time at which you take hormones matters," said Dr. Gail Greendale, head investigator for the SWAN study at UCLA.

When tested year after year, women in their 40s and 50s "get better each time," she said.

"There's a learning effect," Greendale told ABCNews.com. "But on the test of speed, we found that when you get to late peri-menopause, (learning) takes about an 80 percent hit.

"You're a little off your game," she said. "You're not forgetting your way to the grocery store, but you don't feel as sharp or fast on the uptake."

This latest research is significant because it may clear the way for women in the earliest phases of menopause -- when they are typically younger and at the height of their professional careers -- to safely take estrogen to give them their edge back.

Hormone replacement therapy was demonized after the 2002 Women's Health Initiative (WHI), which concluded that it increased risk for cancer and cardiovasular disease.

Since then fewer women are turning to hormone replacement therapy, according to doctors.

But comparing the two studies is "apples and oranges," according to Greendale.

The WHI iinvolved postmenopausal women 65 and over and was designed to test the effects of hormone therapy, diet modification, and calcium and vitamin D supplements on heart disease, fractures, and breast and colorectal cancer.

When compared to a placebo, estrogen plus progestin provided no protection against mild cognitive impairment and increased risk of dementia

But in the SWAN study, with much younger, peri-menopausal women, hormone therapy showed only positive cognitive benefits.

"At 50, many women are at the top of their careers and can't afford this," said Dr. Michelle P. Warren, director for the Center for Menopause, Hormonal Disorders at Columbia University Medical Center.

"For those two to five years when the symptoms are at their worst, we should treat these women," she told ABCNews.com.

But, she cautioned, women should weigh the risks versus benefits with the advice of their doctor.

"Women are scared to take hormones and doctors are scared to prescribe it," Warren said. "We have an issue that is very worrisome."

Menopause technically begins 12 months after a woman's final menstrual period when the ovaries no longer release eggs and there is decrease in the production of the sex hormones estrogen and progesterone.

But a whole array of bothersome symptoms can begin years earlier -- in peri-menopause -- as the woman's cycle transitions into menopause.
Related
WATCH: Hormone Treatment And Hot Flashes?
WATCH: 7 Ways to Make It Through Menopause

The process can begin in the 40s and accelerates until the early to mid 50s. Symptoms can include hot flashes, night sweats and fatigue, which, in combination with hormone fluctuations, can affect a woman's ability to concentrate and remember.

"My approach to this is if lose your job, your sanity or your husband, you do something about it," Warren said. "I see a lot of women about to lose their jobs because they cannot concentrate, they forget things or they are not sleeping. One of my patients had an auto accident. The consequences are very severe."

Another one of her patients was a lawyer in court presenting her arguments "when she drew a blank," Warren said. "Then she went to get her papers and couldn't find them. It was the most embarrassing thing in her life."

But the good news, according to the UCLA study, is that cognitive function rebounds once women reach menopause, though there is still a debate on what the longterm effects on brain function are.

"As long as there are hot sweats, the theory is that the neurons are sensitive to estrogen, but once you are more than five years out of menopause there is no benefit and, particularly as the brain ages, estrogen leads to deterioration," said JoAnn V. Pinkerton, president of the North American Menopause Society and director of the Mid-life Health Center at University of Virginia.

As far as the long-term effects of hormones on cognition, "there isn't a clear answer," according to Pinkerton.

"If you look at older women, you get mixed reports that estrogen prevents and increases Alzheimer's disease," she told ABCNews.com. "But it appears there is a critical window."

While the 2002 heart study showed "who shouldn't get estrogen" -- those over 60 -- newer research is pointing to a "critical window" in the stages of menopause when women can benefit from the hormone, according to Pinkerton.

A 2008 study on mice at Yale University suggested that estrogen has a beneficial effect on younger, healthy neurons, but a detrimental one on aging neurons, "perhaps even speeding up dementia," she said.

The new spin on estrogen is likely to be heartening news for women at the pinnacle of their careers, but disabled by brain fog. And even in the absence of any hormone, the memory eventually rebounds.

"I was in the thick of it," said Anita Mahaffey, a 51-year-old San Diego mother of three, who runs her own business called Cool-jams , selling pajamas made of moisture-wicking fabric for menopausal women.

"I used to remember everything -- every little detail," she told ABCNews.com. "I could tell you every number on the spreadsheet and tell you the bottom line. Now, if I don't write everything down right away , it doesn't get done.

"I scared myself so much I thought there was something wrong," said Mahaffey, who enrolled in a university study on memory. But she said tests proved her memory was "100 percent better than most people," so the evaluators sent her packing.

"I do think it's difficult," she said. "And like any muscle, if you don't use it, you lose it. I started doing Sudoko puzzles."

For more information go to the National Women's Health Resource Center or the North American Menopause Society.
Posted by Neeters at 11:36 AM