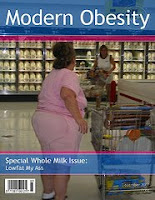 A new study has found that losing weight may lead to fewer hot flashes, according to findings published in the journal Archives of Internal Medicine.

During a recent study, researchers had a total of 226 women who are considered obese or overweight follow a strict exercise and dietary regimen, while an additional 112 female participants were placed in a control group.

Over the course of six months, the team had the first group of women exercise for at least 200 minutes per day and follow a specific diet that could lead to approximately 7 to 9 percent of body weight loss.

The results of the study showed that women who were in the weight-loss group reported that while following the health regimen, they had less hot flashes.

These findings indicate that "women who are overweight or obese and experience bothersome hot flushes may also experience improvement in these symptoms after pursuing behavioral weight loss strategies. However, improvements in weight or body composition may not be the only mediators of this effect," the authors stated.

In addition to losing weight, a team of researchers from Baylor University have found that women who imagine things linked to coolness hot flashes associated with menopause