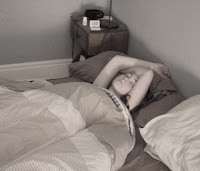 Women theoretically understand menopause, but many underestimate the symptoms and their impact physically and emotionally, U.S. researchers said.

"Some studies have shown that women can have upwards of a dozen moderate-to-severe hot flashes a day, with each one lasting a few minutes," the doctor said in a statement. "It is no wonder symptomatic women report such an impact on their lives and relationships."

A survey, sponsored by Teva Women's Health Inc., a subsidiary of Teva Pharmaceutical Industries Ltd., and conducted by Yankelovich Inc., said 67 percent of women reported their menopause symptoms negatively impacted their personal health and well-being; 58 percent said it impacted their sex life and 52 percent reported it affected their relationship with their significant other.

The survey was conducted from April 23-28 among 2,500 U.S. women ages 45-70. Of these women, 21 percent were perimenopausal and 79 percent were postmenopausal. Results were weighted for age, sex, race/ethnicity, education, region and household income.
Posted by Neeters at 11:33 AM