Recognizing The Signs Of Early Menopause 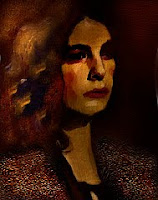 The age when the early signs of menopause takes place varies among women. Some would start to manifest the signs in their thirties, while others may show the signs in their late forties. Either way, the experience can surely be that of great discomfort and burden.

Symptoms of Perimenopause
A large percentage of women can begin experiencing symptoms of perimenopause even before the actual state is expected to set in. And if you're a woman who experiences these symptoms, you're showing early signs of menopause.

Old adage declares that the earlier a woman started to have her monthly period, the earlier would be her menopausal stage. But until now, there is no hard evidence that can support this old but widely held belief.

In general, the menopausal stage occurs when she reaches 45 up to 55 years of age, a stage where the ovulation process ceases, or what is commonly known as monthly period or cycle.

With the exemption of operation and any other medical-related factors, early signs of menopause can be detected by observing the following:

Irregular Periods
Periods can be very heavy and in a shorter cycle, or in some cases, light but prolonged periods. When an individual experiences an irregularity in her monthly cycle, which is previously unobservable, this can perhaps signal the early onset of menopause.

Menopause
As we age, it's good to know what to expect when menopause arrives.

Mood Swings
Women's propensity to change their mind, if ever this true, or their emotional roller coaster is directly related to these hormonal changes. There is a possibility that even younger women would experience mood swings during their monthly cycles, but if this became prolonged and frequent, something is amiss.

Health experts are also united that an initial loss or decrease in sexual desire can be a strong indicator of menopausal stage. The hormonal change can wreak havoc to the sexual desire of an individual.

Difficulty in Sleeping
When simply getting a good nights sleep is now an effort, with the absence of other factors such as diseases or personal problems, the menopausal stage could finally be setting in.

Dry Skin and/or Hair Loss
If an individual is not undergoing medication for some disease, or had not undergone an operation and yet, hair loss is apparent, this can only mean that a hormonal change is activated. For a woman, hormonal change can almost always means that she's showing the early signs of menopause. Other early signs related to the setting in of menopause are: hot flashes, night sweats, or coldness while sleeping; incontinence specially in the morning; vaginal dryness; weight loss, and other discomforts that are not present earlier in a woman's life. Despite signs of the discomfort before finally setting in, a woman need not fear the menopausal stage. In fact, this is a stage in her life wherein the burden of being a woman, that is, the monthly period and childbearing, is suddenly a thing of the past. Not that the childbearing and childrearing don't have their own happy moments, but this is a time in a woman's life when she can transfer her energies into being a woman of her own creation.