Is Memory and Learning Impaired During Menopause? 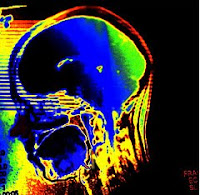 In addition to the common
night sweats
and hot flashes, menopause has shown to cause learning and memories problems in women. The largest study of its kind to date shows that women may not be able to learn as well shortly before menopause compared to other stages in life. The research is published in the May 26, 2009, print issue of Neurology®, the medical journal of the American Academy of Neurology.
For a four-year period, researchers studied 2,362 women, who were between the ages of 42 and 52 had at least one menstrual period in the three months before the study started.

The women were given three tests: verbal memory, working memory and a test that measured the speed at which they processed information. Scientists tested the women throughout four stages of the menopause transition: premenopausal (no change in menstrual periods), early perimenopausal (menstrual irregularity but no "gaps" of 3 months), late perimenopausal (having no period for three to 11 months) and postmenopausal (no period for 12 months).

The study also found that taking estrogen or progesterone hormones before menopause helped verbal memory and processing speed. In contrast, taking these hormones after the final menstrual period had a negative effect: postmenopausal women using hormones showed no improvement in either processing speed scores or verbal memory scores, unlike postmenopausal women not taking hormones.

The good news is that despite normal aging and problems during the menopausal transition, memory and learning seems to get back to normal after menopause. So no excuses...continue to exercise that brain. Learn a new language, do puzzles or learn an instrument. The brain like any muscle needs to be exercised in order to work at an optimum level.
Posted by Neeters at 2:27 PM

I recently came across your blog and have been reading along. I thought I would leave my first comment. I don't know what to say except that I have enjoyed reading. Nice blog. I will keep visiting this blog very often.