Menopause and Metabolic Syndrome...What Is It? 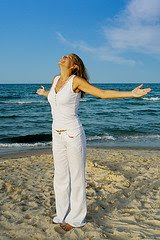 Middle-age is a time of change for women. The key reason for many of the complaints associated with menopause are caused by the hormone fluctuations which occur during this transition. Recent studies suggest that women in the peri and post menopausal stage are at a higher risk for cardiovascular disease and something called “the metabolic syndrome”.

What is Metabolic Syndrome?
“Metabolic syndrome” is the name for a group of conditions associated with an increased risk for cardiovascular disease. To meet the definition, a person must have three or more of the following risk factors:

• Abdominal obesity. This is described as a “large waistline” or an “apple-shaped body.” For women, that means a waist circumference greater than 35 inches.
• High blood pressure. High blood pressure, also known as hypertension, is defined as a systolic pressure (the first number) of 130 mm Hg or higher and/or a diastolic pressure (the second number) of 85 mm Hg or higher.
• Elevated triglycerides. Triglycerides are a type of fat in blood. High levels are defined as 150 mg/dL of blood or higher.
• Low HDL cholesterol. HDL (high density lipoprotein) is considered the good type of cholesterol. Lower levels of HDL are associated with an increased risk for heart disease, while high levels are believed to provide some protection from heart disease. For women, low LDL cholesterol is below 50 mg/dL.
• High fasting glucose. Glucose is a form of sugar derived from foods that the body uses to fuel the cells. If glucose levels are high, it may mean the body is unable to process or effectively use the glucose because of a lack of insulin or the inability to use insulin. A fasting blood sugar level of 100 mg/dL is considered to be high.

The American Heart Association estimates over 50 million Americans have metabolic syndrome. People with the condition are twice as likely to develop coronary artery disease and five times more likely to develop type 2 diabetes.

Men and women are both at risk for heart disease. However, age for age, women tend to develop the disease about ten years later than men. And researchers say, after 55, the rates of cardiovascular disease are actually higher in women than in men. Hormonal changes associated with menopause may play a role in a woman’s risk for heart disease. The transition into menopause is marked by a dramatic decrease in the production of estrogen. At the same time, the production of male hormones, namely testosterone, increases. Also as menopause nears, the fat deposits on women’s bodies tends to shift. Fat tends to accumulate more around the waist rather than more evenly throughout the body. This could change a woman’s metabolic profile and increase the risk of metabolic syndrome and cardiovascular disease.
This is the bad new. The good news is that there are things you can do to prevent Metabolic syndrome and cardiovascular disease.

To combat the changes associated with menopause, experts recommend that women become more conscientious about starting and sticking to a program of regular exercise and a healthy diet. The goal should be to increase activity levels and raise the rate of metabolism. Try walking at least 30 minutes a day at a quick pace , dancing or walking on a treadmill. Women who find they are having a hard time sticking with an exercise program should find a buddy to work out with so they can provide support and encouragement for each other. The key is to create a goal of doing some form of exercise everyday of your life. See our blog article about the Managing Menopause Through Diet and Exercise for more information.
Posted by Neeters at 12:33 PM